MK 677 (Ibutamoren) is one of the most interesting supplements I’ve recently heard of.

Users stated that it promotes muscle mass, increases sleep quality and even height.

And the best thing about it is that there were no side effects.

When it comes to bodybuilding supplements, I had the impression that these are often dangerous substances that can drastically change one’s hormonal balance.

From the infamous steroids to the creation of selective androgen receptor modulators (SARMs), there was a myriad of options and categories to cater to health buffs and biohackers alike.

One of the more underground categories is GH secretagogues. These supplements promote the human growth hormone production to increase muscle growth — a different mechanism from the very familiar steroids, which provide the physical boost by producing testosterone.

MK 677 is arguably the most popular growth hormone secretagogue and is considered one of the optimal SARMs for bulking and strength. It was orally active, meaning that it can be ingested like any regular over-the-counter vitamin or drink.

It seems like the MK 677 is one of the most well-researched growth hormone secretagogues in the market. There are many research papers devoted to the study of its structure and its application to medical problems.

After seeing various before and after results on the internet, I decided to check it out. Results claimed that not only did MK 677 improve muscle growth, but it also helped people grow. Thanks to the increased growth hormone production.

In this review, you will learn about the effects of MK 677, its side effects, the dosage of MK 677, where MK 677 is for sale, and if the science behind increased muscle mass is actual results or just placebo.

MK 677 is a growth hormone secretagogue. It is an orally-active peptide that mimics the peptide releasing the growth hormone (GH) and insulin-like growth factor 1 (IGF-1). These compounds help promote lean muscle growth, increase height, and other changes to the human body.

MK 677 is also known as its generic name Ibutamoren or the brand name Nutrobal. Some places may call this supplement Nutrobal-MK 677.

Steroids are a blanket term for synthetically made hormones that can be found naturally in the human body. In fitness circles, the most commonly used steroids are anabolic steroids.

Anabolic steroids are synthetically made testosterone — the dominant sex hormone in males. Testosterone aids in endurance and muscle building. These results make it appealing to athletes.

Although both substances help increase muscle growth, the way the body processes them is very different.

There are many differences between Ibutamoren and steroids, whether they be chemical or physiological.

The main difference between MK 677 and steroids is their pathways. Whereas MK 677 functions by stimulating the organs to produce growth hormones, steroids are directly injected into the body. These different processing pathways make their functions in the human body quite different from each other.

Even if they are different from each other, using MK 677 and steroids in conjunction to get optimal muscle growth is possible. Depending on the type of steroid taken, MK 677 may also help counter any side effects steroids may pose. However, it's best to stack it with other SARMs such as LGD-4033.

MK 677 is part of the growth hormone secretagogue family composed of synthetic peptides and non-peptides that bind to specific receptors in the hypothalamus and pituitary gland to produce growth hormones.

There are two pathways the growth hormone travels. The first is through the binding of receptors in cell membranes. Through this pathway, GH stimulates the multiplication and division of cartilage chondrocytes that promotes lean muscle growth.

The second pathway GH takes is through the endocrine system. GH goes to the liver, where it is processed to create insulin-like growth factor 1 (IGF 1). IGF 1 has stimulatory effects in the body that can help promote bone growth.

Because MK 677 works by stimulating GH’s production, the best time to take it is when the person is still actively growing.

Ibutamoren results in optimum growth when taken under 25 years of age, as the growth plates are still open. However, those who have growth hormone deficiencies (such as patients suffering from depression) may also take this supplement due to the positive results to one’s mental and emotional state.

Many benefits come with taking MK 677. Aside from increased muscle growth and bone density, users may also experience the following:

This results in stronger bones.

Lipolysis is the metabolization of fatty substances in the body.

This is an essential biological function that helps balance the loss of cellular proteins by producing new ones. This process is beneficial for the body to increase muscle mass.

Users have reported feeling better rested while taking Ibutamoren than without

Stimulates the immune system and energy

When given to those with growth hormone deficiencies, users have noted that they have higher energy.

The product gives feelings of positivity and calmness. It also helps in better learning and memory recall.

In general, MK 677 increases muscle mass, body, and mental strength, and may even increase height when taken at a younger age.

Dosage & How To Use

MK 677 has a half-life of 24 hours. This half-life makes it possible for users to take one dose a day. The usual MK 677 dosage is 10 – 25 mg dose per day, depending on the user’s tolerance to the supplement.

It is recommended that beginners start with a 10 mg dose per day and increase it after each cycle if they want to reach 25 mg per day.

Most researches done on MK 677 have participants use it for a 16-week cycle and taking 5-week breaks between cycles. This frequency is the recommended dosage frequency for MK 677 beginners.

The recommended time to take Ibutamoren is before bed. This recommendation is to avoid side effects like hunger pangs and irritability commonly associated with Ibutamoren and get the supplement’s sleep quality benefit.

To not miss a day and ruin the cycle, take the supplement at a uniform time or after a routine. 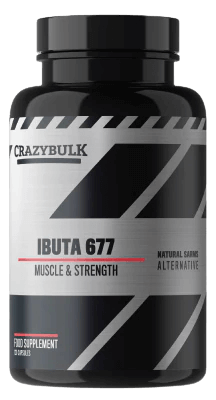 MK 677 (Ibutamoren) is well-tolerated by the body when taken in minimal doses (10 mg per day). A 1998 study has shown participants experiencing short-lived side effects. They are the following:

Although rare, more intense side effects occur when taking larger doses (such as >20 mg per day). The observed side effects are the following:

Stacking is the term used when supplements are taken together during a cycle to optimize certain supplements’ synergistic effects.

Depending on the stacks, the results can be much better than taking a supplement by itself.

Ibutamoren stacking with selective androgen receptor modulators (SARMs) is possible. As SARMs tend to cause hair loss or insomnia, MK 677 is used to prevent them due to its benefits in hair growth and better sleep quality.

Popular supplements to stack with Ibutamoren are Ligandrol LD 4033, Mupostarine, Stenabolic, and Testomucoris. Before starting a cycle with a SARM stack, thoroughly research the SARMs you plan to stack with M677. It is important to note if the SARM is compatible with M677 and to understand the possible risks that come with it.

It is important to note that Ibutamoren tends to increase appetite. This caveat makes it inappropriate for cutting stacks as it tends to make the user hungrier than usual.

The growth hormone puts out signals to use up the fuel in the body to produce muscle mass and other products, causing hunger pangs. As our body takes in energy in the form of food, users notice that MK 677 increases hunger, appetite, and cravings. Experienced Ibutamoren users suggest to take it at night to counter the appetite effects of MK 677.

The idea of stacking may be intimidating for beginners. Thus, try stacking when you are more experienced in using SARMs and MK 677 separately. Some users have had success with MK 677 with or without stacking based on personal reviews.

Stacking is a personal preference. If you choose to practice supplement stacking, be sure to do thorough research on the supplements you use with MK 677.

Purchase MK 677 from trusted and verified suppliers and laboratories. The conditions and places to purchase MK 677 depends on your location, where there may be different terms in procuring the supplement.

Chemyo is a reputable supplement manufacturer that has MK 677 for sale. It has an independent testing laboratory and quality assurance program that includes the following:

Items are third-party tested for purity. Ideally, you would want to see that your purchase is pharmaceutical grade MK 677 for safety.
Purchasing items must be straightforward or accessible.
The option to return products that are defective or do not react well with your system.

Learn more about the product with these frequently asked questions.

No, MK 677 is not a steroid. Ibutamoren is a GH secretagogue, which means that it promotes the secretion of the growth hormone.

The positive effects result from stimulating the production of GH in the body, which helps increase muscle growth and bone density when the user’s growth plates are still open.

For those in Australia, MK 677 is available under the advice and prescription of a medical doctor as it is considered a Schedule 4 prescription drug.

The exception to this rule is if the user is an athlete. MK 677 is considered a performance-enhancing compound. Thus, sports competitions and organizations and professional athletes are banned from taking this supplement.

Although most countries currently have not banned MK 677, please do the necessary research on the specific laws or considerations to purchase the supplement in your area.

Although steroids and SARMs build muscle in the body due to increased testosterone levels, the most concerning side effect is hormonal imbalance. PCT helps your body go back to producing testosterone in its usual capacity.

As MK 677 has nothing to do with the sex organs/hormones, there is no need to do a PCT after a MK 677 cycle. MK 677 only affects the production of the growth hormone, which consequently promotes muscle growth.

However, if you stack MK 677 with SARMs, then PCT is recommended to counter the effects of the SARMS used, not MK 677.

MK 677 is a safer alternative to SARMs or steroids. Whether you are looking for better sleep or increased bone density and muscle mass, MK 677 is a low-risk supplement that gives you various benefits that can improve your quality of life.

Currently, MK 677 can be purchased as a research drug from reputable suppliers and manufacturers. As it is a GH secretagogue, PCT isn’t needed after a cycle when used alone.

Due to its low-risk side effects and many benefits, MK 677 is stacked alongside other SARMs to counter the latter’s side effects (i.e., hair loss and insomnia). These results make it a useful addition to bodybuilding stacks or biohackers experimenting with their current stack results.

MK 677 is an approachable supplement for beginners who aren’t comfortable yet with using SARMs, or for experienced users looking to experiment with their supplement stacking routines.